I  initially created the tour while I was an artist in residence with the Seattle Office of Arts and Culture. I have since led this tour through Atlas Obscura and presented it as a TED-like talk for Ampersand Live! at the Moore Theater, Seattle, WA 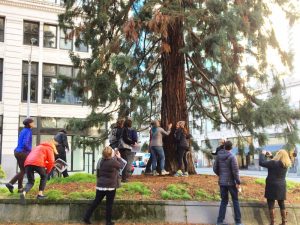